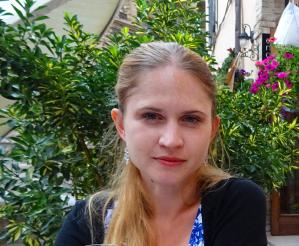 Sonya Heaney began her professional life aged eight, as the Changeling in Queensland Ballet’s A Midsummer Night’s Dream. After many more years of hard work, even more blisters, and plenty of pretty tutus, one too many injuries forced her out of her pointe shoes.

Between then and now she has worked in a posh Dublin hotel (that didn’t last long), pulled pints in London pubs (that lasted years), taught English in Korea (her apartment was broken into and her computer was stolen – along with many half-finished manuscripts), and worked on costumes backstage in various theatres (it was always chaos).

Sonya holds a Bachelor of Arts in Professional Writing, and spent years putting it to use in nonfiction fields before turning her hand to romance.

After working her way around the world, she once again calls Canberra, Australia’s gorgeous capital city, home.